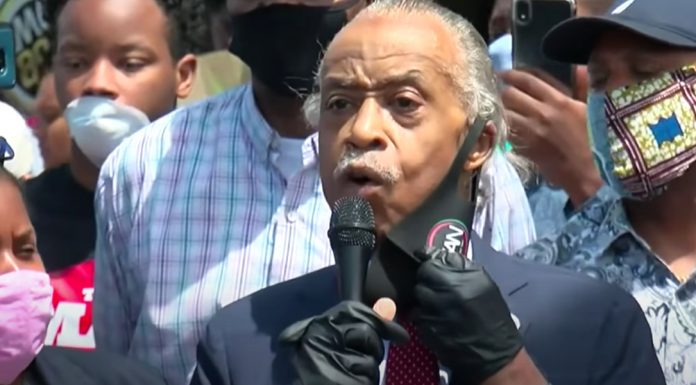 Nobody knows how to exploit a race crisis quite like Al Sharpton.

He has made millions off of it, and made his way into a cushy job at MSNBC over it.

But now he is furious after all his race-baiting caught up to him in a horrifying explosion.

With Minneapolis in flames over the killing of George Floyd, one would think Al Sharpton would be ecstatic.

After all, he has been stoking racial tensions for decades.

Notably, he formed a protest against the “white interloper” who ran Freddy’s Fashion Mart in Harlem, which led to a fire where seven people died.

But in the case of the riots in Minnesota, he struck a very different tone.

Taking to his show on MSNBC, he talks about his visit to the riot sites, lamenting about the destruction of black-owned business at the hands of rioters.

“As I walked around Minneapolis yesterday,” he began. “Some of the stores that are being damaged are black-owned stores! So we cannot become so reckless that we are destroying each other in our rage.”

One must wonder if he would have been upset if the businesses being destroyed were not black-owned, as it seems that is the only contention he brings up.

After all, the destruction was wide-reaching.

A Target department store was looted and burned, along with a police precinct.

Black people work at both of those locations, and will certainly be adversely affected by the violence.

But he likely sees those places as being operated by “whitey” – corporate America – meaning it doesn’t deserve any attention.

The killing of George Floyd has been near-universally condemned.

President Donald Trump has spoken out against it and the officer involved has been arrested for his actions.

But that isn’t enough for the rioters who seem set on nothing more than destruction.

And some protesters seem to be heeding the words of Sharpton.

A video taken at the riot shows one rioter threatening to take the destruction to the suburbs, where they can target more white people in what seems to be an attempt to start a race war.

That may happen as long as city officials continue to allow the rioters to get away with their crimes.

Do you think rioters should be arrested?