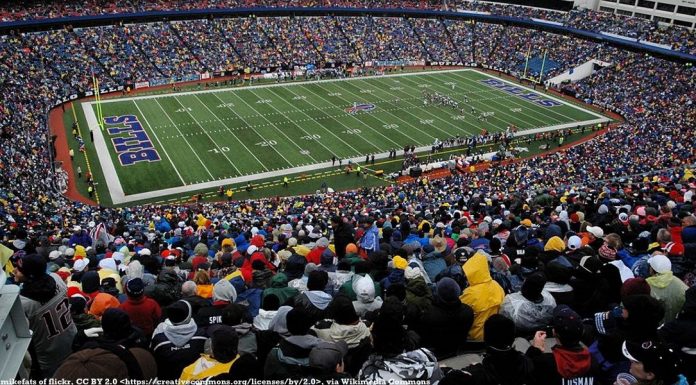 Religion has been removed from many aspects of professional sports.

It’s hard to imagine seeing any expression of faith allowed to be aired during a sporting event.

But after winning the biggest game of his life, this NFL coach gave all glory to God.

It’s hard to deny the war on Christianity we have witnessed in our society over the past several decades.

And in professional sports seeing any expression of faith is about as rare as watching a game without any Leftist message being shoved down your throat.

In fact, the sports networks airing games in Leagues like the NFL do whatever they can to avoid showing after game prayers at midfield.

Really enjoyed this one from @nicolecyang on the postgame prayer circle and what goes on. I've written about religion in the #Patriots locker room on multiple occasions, and I'm always interested to see how faith and football mesh in today's NFL. https://t.co/c1MipLdzDo

But no matter what the Leftist networks tried to do they couldn’t stop this coach from praising God.

This past weekend, Buffalo Bills Coach Sean McDermott just won the biggest game of his coaching career beating the Indianapolis Colts 27-24 in a thrilling and hard fought game.

The win was the first playoff victory for the franchise in over 25 years and it looks like more are to come as the Bills go head-to-head with the Ravens tonight in their next playoff game.

And after the big win Coach McDermott put his faith and glory to God on full display.

In a rare move, McDermott caught reporters off guard by starting his post-game press conference by proclaiming, “I just want to praise God for this afternoon and this day – what a beautiful day in Orchard Park, N.Y. To Him be all the glory.”

But this isn’t the first time Coach McDermott has shown his praise for God.

He has previously told FCA Talk Radio, “I believe that God’s plan prevails, and God had a plan, He ordained this to happen for me to come to Buffalo with my family. I mean, fit is important, right? This is a blue jeans, work boots style community, and that’s me, that’s how I grew up. And so God had this plan, and He had it planned since I was born, to bring me here and my family for a reason. I still, at the end of the day, am waiting to see, as we continue to move forward, His plan continue to unfold for us in Buffalo . . . I just know God’s in control.”

Can you imagine how different the NFL would be if more players and coaches expressed their faith publicly?

The NFL might actually become watchable for many again.