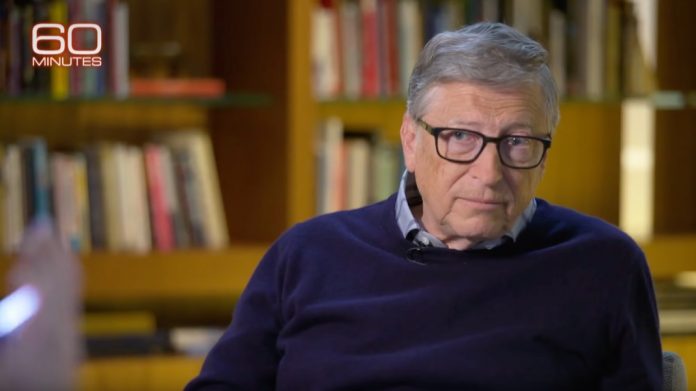 Since Bill Gates and his wife, Melinda, announced their separation, a lot seems to be coming out by the Microsoft mogul.

Of course, no one ever doubted how liberal Gates was, but many of his thoughts seem to take left-leaning thinking to the truly radical side of the spectrum.

And according to Bill Gates this subject is racist and teachers should be careful how they handle wrong answers.

These days even apple pie is being considered racist.

The Left has so overused and misused the accusation of racism that it’s beginning to look like the boy who cried wolf.

One of the biggest debates in America right now is what children are being taught in school.

Thanks to the COVID-19 lockdowns sending kids home for schooling, parents are starting to realize the indoctrination of their kids that is happening daily at the hands of educators around the country.

And Bill Gates is contributing to it.

Some educators are speaking out about a program designed by Gates entitled “Dismantling Racism in Mathematics.”

Yes, if you weren’t aware already, math is racist, or so says the Left.

According to some, the workbook for this Gates-designed program instructs teachers not to push students to find the correct answer because it promotes white supremacy.

Once again, the radical Left has dreamed up a way to change facts.

Currently, the workbook developed by Gates is being used in Georgia, Ohio, California, and Oregon.

Much like Critical Race Theory, all this is doing is reinforcing negative stereotypes and causing a divide between students based on the color of their skin.

The Left is hellbent on taking the country back decades and fomenting race wars.

This program, funded by a $1 million grant from The Bill and Melinda Gates Foundation, does nothing more than push the lie that black kids are bad at math, so we should just excuse them from learning it.

That type of thinking is preposterous and a clear path to the liberals attempting to take over complete control of society.

If they can divide the people and make them think they’re either racist or, in some cases, not smart enough, then it will be a piece of cake for them to take absolute control.