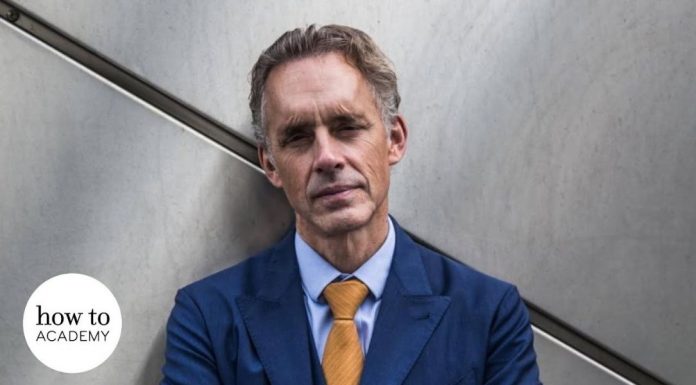 Canadian psychology professor Jordan Peterson has been a target of the radical Left for years.

He first rose to prominence when he spoke out against a compelled speech law in Canada.

Radical Left writer Ta-Nehisi Coates has become a darling of the establishment intelligentsia.

He’s been showered with awards, lucrative writing gigs, and stature as a public intellectual.

Coates was hired to write a run of the iconic character, and he not-so-subtly fashioned Nazi archvillain Red Skull after Jordan Peterson.

Red Skull’s message is an obvious play on Peteron’s best-selling book “Twelve Rules for Life: An Antidote to Chaos.”

The book talks about how people, particularly wayward young men, can improve their lives by literally and figuratively getting their own house in order.

Somehow that message of personal responsibility is Hitlerian to the Left.

Do I really live in a universe where Ta-Nehisi Coates has written a Captain America comic featuring a parody of my ideas as part of the philosophy of the arch villain Red Skull? https://t.co/waFsAvWlfd

The idea that Peterson is some gateway to Nazism is disgusting and slanderous.

Peterson has hundreds of hours of lectures available online where he specifically talks about the evil of the Nazis as well as the Communists.

His entire message is about rejecting totalitarian ideologies.

But because he’s such an effective critic of the far Left, he’s despised by them.

So “woke” people like Coates openly take shots at him.

Coates will soon be writing his take on another American superhero icon: Superman.

In fact, he was hired to write a stand alone Superman feature film for Warner Bros.

Brace yourselves for the most “woke” Superman movie of all time.