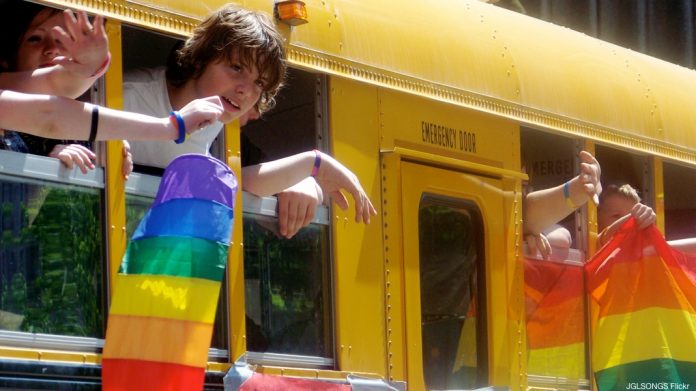 They want to tell your children what to think and feel about gender.

But one whistleblower just exposed what these LGBT activists just did, and it’s borderline psychopathic.

A school in Britain has 17 children changing genders.

And according to the whistleblower teacher, most of the kids are autistic.

The teacher says she felt “compelled” to speak out because they are on “powerful drugs and may go on to have life-changing surgery,” the Daily Mail reports.

And the parents weren’t even notified that this operation was in motion.

The whistleblower says few of the transgender children are suffering from gender dysphoria – the medical term for someone who feels they were born in the wrong body – but are just easily influenced, latching on to the mistaken belief they are the wrong sex as a way of coping with the problems caused by autism.

Earlier this year, The Mail on Sunday revealed that a third of youngsters referred to the NHS’s only gender identity clinic for children showed ‘moderate to severe autistic traits’.

It means that 150 autistic teenagers were given puberty blocker drugs which stop the body maturing.

If a person is autistic and in need of mental health treatment, LGBT activists don’t care.

They want to push a narrative of gender fluidity and could care less whom they abuse to push it.

Do you think LGBT activists are out of control? Let us know your thoughts in the comments.