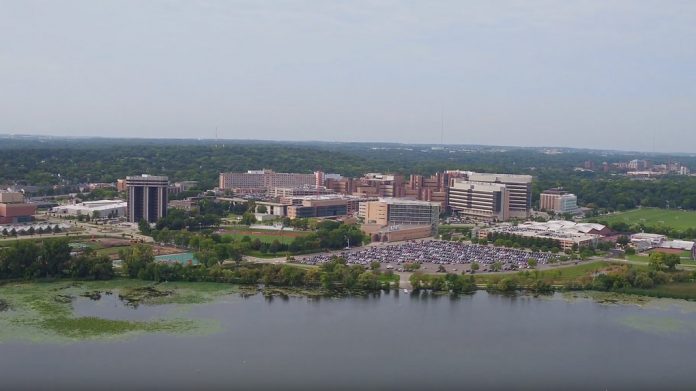 You just can’t make this stuff up.

We are all used to a bunch of leftist snowflakes demanding that statues be torn down at colleges across the country.

But a university had a rock removed from campus because their student body is offended by its presence.

Have you ever sat back and just contemplated how bright the future of our nation looks?

Don’t do it because you will likely get severely depressed and pissed off.

Young people in our nation today are close to being useless.

They don’t want to work and everything offends them.

Just look at how towns and universities across the country are tearing down statues of historical figures because they somehow offend these youthful idiots.

At Washburn University in Kansas, the administration decided to remove a statue of Thomas Jefferson and George Washington because they could cause distress among their student population.

And now students at the University of Washington are trying their best to force the University to remove a George Washington statue while they take every chance they can get to defame one of America’s greatest Presidents.

a foto story: University of Washington admin would rather physically erase student voices calling for removal of a slave owner’s statue, rather than remove the statue itself (august 18, 2020 vs. november 23, 2020) pic.twitter.com/aG49LbYxgW

But don’t worry it gets worse.

Just this past week, the University of Wisconsin removed a rock because it offends students.

The 42 ton boulder has been a centerpiece of the University’s campus for years.

But it was referenced one time in a news article nearly a hundred years ago as a racial slur.

And that one article written generations ago caused an uproar among the student body.

The University’s Black Student Union and Wunk Sheek started a movement last summer to remove the rock and the University caved to the pressure.

So the University spent millions to move the rock off of campus.

You can see the removal in the video below: