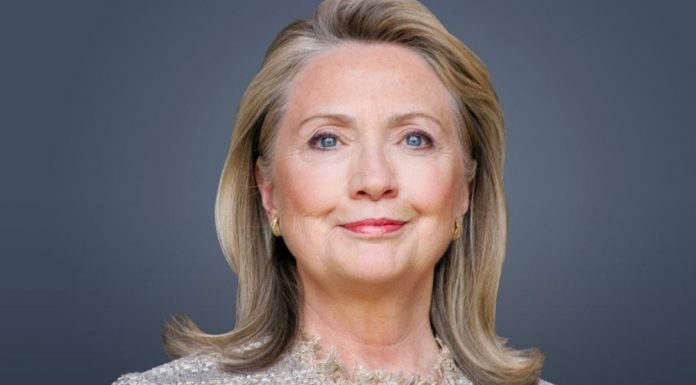 Critical Race Theory is nothing more than anti-white racism.

It teaches that all white people are racist, and that they should hate themselves for it.

And a top Clinton ally just stood up against Critical Race Theory for a jaw-dropping reason.

Critical Race Theory has become one of the biggest issues being pushed by the extreme Left.

They are pushing it in workplaces, schools, and in the government.

Republicans have been fighting to stop this anti-white racism, with Sen. Tom Cotton going so far as to file a bill to ban any promotion of it with government funds.

“There’s nothing responsible or accurate about critical race theory, which teaches that people are defined by their race,” Cotton said.

“I don’t think we would think that educating the youth and next and future leaders of the country on systemic racism is indoctrination. That’s actually responsible,” Psaki said.

But not every Democrat agrees with Biden’s White House.

During an appearance on HBO’s Real Time, hosted by Bill Maher, Democrat strategist James Carville spoke out against it.

Carville is most known for his close connections to the Clintons, being involved in their campaigns for public office all the way back to when Bill Clinton ran for President in 1992.

He claims that diversity training like Critical Race Theory “has hit the racket stage.”

Carville said, “I’m sure I do things in my everyday life that I could do better in terms of that. But you start out and you say, ‘All right, you sorry white sack of racist shit,’ and then, okay, well, I don’t want to listen to you anymore. You’ve lost me there. If you start out and you say there are ways that you communicate with people that you don’t realize that there are things that you’re doing that send the wrong signal. I’m all ears. But — and by the way, this guy Eric Hoffer…said, every movement starts out as a cause, morphs into a business, and ends up a racket. Part of this diversity training stuff, I’m sure, has hit the racket stage.”

Carville went on to state that some diversity training is beneficial, but that things have gone too far.

When the guy who has been helping elect Clintons for decades speaks out against a Democrat scheme, it clearly has gone way too far.