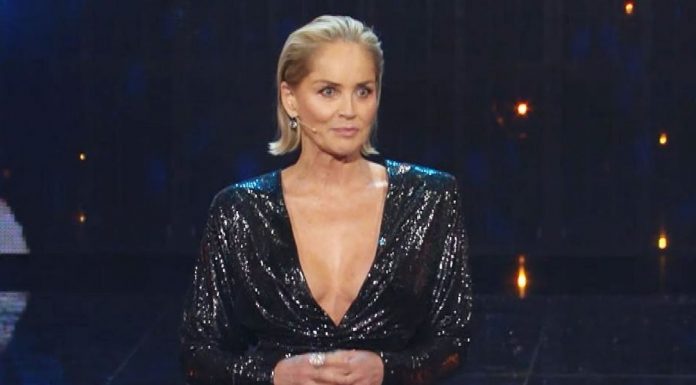 Hollywood celebrities have been obnoxiously preaching to the rest of the country for decades.

Leftist movie stars, writers, and directors have been lecturing Americans about morality when they should be cleaning up their own house.

And a top actress just exposed how depraved Hollywood truly is.

During Oprah Winfrey’s 2018 Golden Globes speech, she said “time is up” for sexual harassers in the workplace.

She could’ve started with her long-time friend Hollywood mega-producer Harvey Weinstein, who was known behind the scenes as an abusive sexual predator.

Hollywood hypocrisy has become even more pronounced over the past few years; they promoted the #MeToo and “Time’s Up” movements while ignoring allegations against Joe Biden because he was too politically valuable.

Now actress Sharon Stone, who starred in hits like Basic Instinct and Casino, is speaking out against “progressive” Hollywood.

In an op-ed for Vanity Fair, Stone detailed how she was pressured by producers and directors to have sex with her male co-stars in order to build on-camera chemistry.

Stone wrote, “‘You guys insisted on this actor when he couldn’t get one whole scene out in the test . . . Now you think if I f*ck him, he will become a fine actor?’ Nobody’s that good in bed.”

Again, this is the same industry that preaches to people in middle America.

Stone continued, “I felt they could have just hired a co-star with talent, someone who could deliver a scene and remember his lines. I also felt they could fuck him themselves and leave me out of it . . . It was my job to act and I said so. This was not a popular response. I was considered difficult.”

As despicable as that incident sounds, Stone says it was a common occurrence.

Producers would come to her production trailer and ask, “‘So, are you going to f*ck him, or aren’t you? […] You know it would go better if you did.”

The people working in one of the most cutthroat, sadistic industries have the gall to turn around and wag their fingers at everyday Americans.

Hollywood invented the trope of the casting couch – Stone added, “Sex, not just sexuality onscreen, has long been expected in my business.”

Until Hollywood roots out more predators like Harvey Weinstein, celebrities should be reticent to point the finger at everyone else.

This is partly why so many “woke” television shows and films are failing.