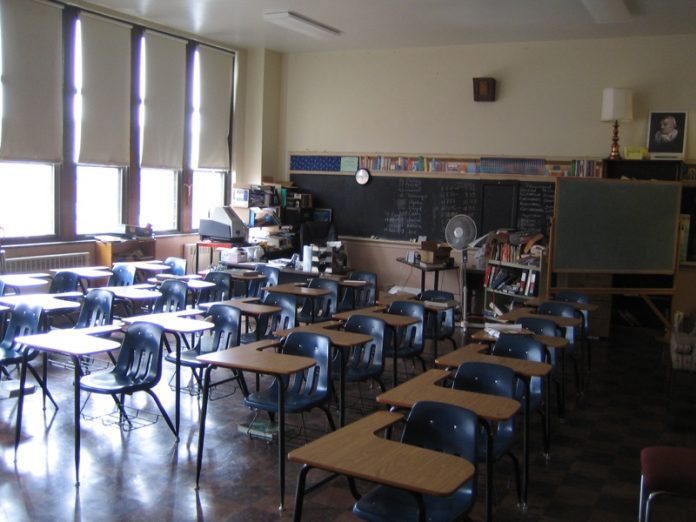 Some school districts in Red states are looking for ways to get around the executive orders Governors have put in place to protect individual liberties.

Courts have muddied the waters by refusing to issue clear-cut rulings.

And a Texas school just added one thing to the dress code in order to try and skirt the law.

Both Governor Abbott of Texas and Governor DeSantis of Florida have signed executive orders telling school districts they may not mandate masks in schools.

This, of course, is not going over well with the teachers unions and some of the more liberal school districts who desperately want to indoctrinate America’s kids.

In some instances, school districts are flat out disregarding the orders and still mandating masks.

But in a few cases, schools are getting a little more creative.

A school district in northeast Texas has found a creative way to get around Gov. Greg Abbott’s ban on mask mandates.

The Paris Independent School District will now require students to wear masks as part of its dress code.

Though forcing children to wear masks seems both extreme and quite frankly counter to everything the science says, one has to give them credit for being very creative.

The Paris ISD board of trustees said in a statement that it “believes the dress code can be used to mitigate communicable health issues.”

They also said they amended the code “accordingly to protect the district’s students and employees.”

Again, the science – real science, not Fauci’s phony “science” of the day – shows that masks do a whole lot of nothing, but many on the Left will hear nothing of it.

There is yet to be any reaction from the parents in that district, but with the way school board meetings have been going lately, it wouldn’t be surprising if this garners some backlash.

Once again, the Left will stop at nothing to be the ultimate virtue signalers.

Even if it’s at the expense of children.