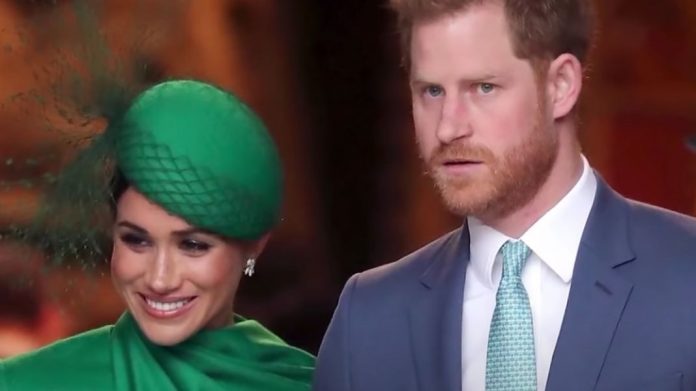 Prince Harry and Meghan Markle continue to cause fissures in the Royal Family.

Their recent bombshell interview with Oprah Winfrey only made matters worse.

And a Royal Family insider just made a jaw-dropping admission about Prince Harry.

The relationship between brothers Harry and William is allegedly as bad as it’s ever been.

The pair were once inseparable, but now are at odds ever since Harry and Meghan Markle’s escalating tension with the Royal Family.

Supposedly it’s gotten so bad that people within the family don’t trust him.

“Anyone hoping for a détente between Princes William and Harry were sorely disappointed this week after the unveiling of the Princess Diana statue at Kensington Palace as the two princes barely spoke to one another and spent only 20 minutes in the same room after the ceremony.

The once inseparable brothers, who haven’t seen each other since Prince Phillip’s funeral, where William asked to not walk beside Harry, are still ‘warring’ and sources close to the pair [said] it is ‘almost impossible for Harry to be trusted.’”

Harry’s relationship with the family fractured when he and Meghan sat for an interview with Oprah Winfrey.

During the interview, the couple accused the Royal Family of racism, and Meghan said the family nearly drove her to suicide.

“Particularly galling to both William and Prince Charles was, after the devastating Oprah interview, Harry continued to dish about private chats to CBS’ Gayle King – prompting the royals to refuse to have ‘one-on-one’ chats with Harry because neither trust him enough to speak with him alone.”

Meghan’s estranged father Thomas and half-sister Samantha have both publicly accused her of toxic and narcissistic behavior.

Samantha said in a shocking interview:

“I definitely see a narcissistic personality disorder. I’m not diagnosing her. She needs to see a counselor . . . I feel sorry for Harry. She pulled him away from his family, all of his friends, the life that he knew. He reminds me of one of those kidnap victims who eventually starts to believe that their life was so horrible and they’re in love with their captor.”

Samantha Markle’s words seem to be more relevant with each episode as Harry’s relationship with his family worsens.