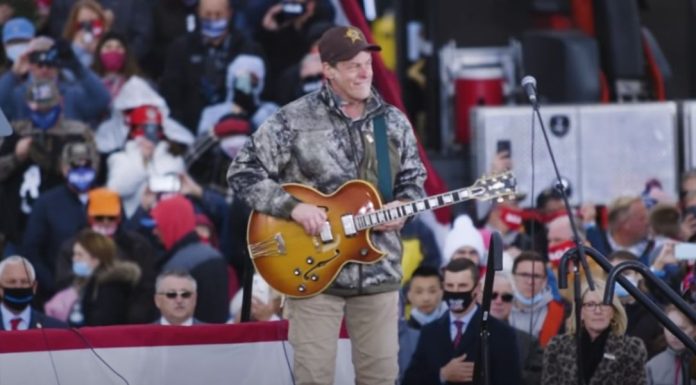 Democrat Presidential candidates always have celebrities and pop stars at their rallies.

It’s rare when anyone from Hollywood or the music industry decides to make an appearance for a Republican.

But a rock legend surprised President Trump’s supporters at a rally and they went nuts.

From Beyonce to Oprah, Hollywood and music elites always jump at the chance to hit the trail for their Democrat pals.

Just back in 2016, Hillary Clinton had one of her biggest rallies of the election cycle with the help of Beyonce and Jay Z holding a concert to get out the vote.

Needless to say, that didn’t help Clinton much in 2016.

And besides a few notable exceptions, it’s very rare to ever see a Hollywood or music elite share the stage with a Republican political candidate.

But that wasn’t the case for President Trump over the weekend.

While Joe Biden holds rallies the size of girl scout meetings, President Trump is hitting the campaign trail harder than ever before with just a couple weeks to go before election day.

And while rallying in Michigan, President Trump’s supporters were shocked when Ted Nugent showed up.

Ted Nugent has been an outspoken conservative for years and has hit the campaign trail with President Trump in the past.

But this election cycle Nugent has been absent from campaign rallies.

While at the campaign rally in Michigan, Nugent went on stage and played the national anthem for the crowd in a way that only Ted Nugent can.

You can see video of Ted Nugent at Trump’s rally below:

With less than two weeks to go till the election, it would be nice to see other conservative pop stars and icons to join President Trump while he is hitting the campaign trail.

Only time will tell if others join Ted Nugent and step up to support President Trump.