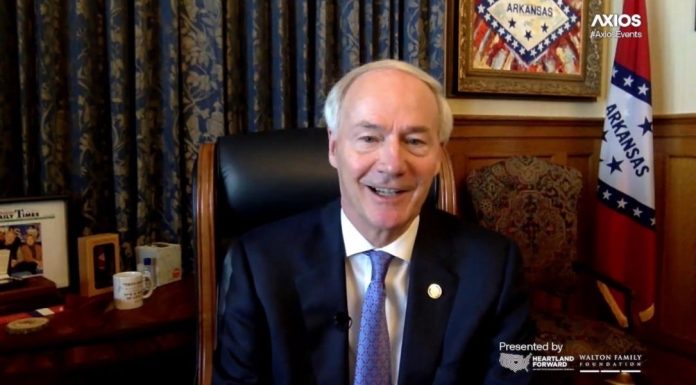 Many so-called “Republican” elected officials are nothing more than Democrats who claim to be Republicans to win office.

But they always make their true colors known on hot button issues.

And a RINO Governor didn’t expect this to happen after caving to the transgender lobby.

With Joe Biden being President, it is more important than ever for states to fight back against his radical agenda seeping into their states.

Republican-controlled states have been doing just that since the start of Joe Biden’s presidency.

The Arkansas state legislature passed a bill that bans “sex-reassignment” surgery and hormone treatments from being administered to minors who are confused about their gender.

This is an issue that wouldn’t be controversial ten years ago, but today the Left has taken up the fight of allowing children to mutilate themselves if they believe they were born as the wrong gender.

But despite it being such a commonsense measure, the state’s “Republican” Governor Asa Hutchinson vetoed the bill, stating that it was a “step way too far.”

His veto is a betrayal to every Christian, and person with commonsense in the state of Arkansas, and the state legislature understood that.

That’s why, within hours of his veto, the state legislature overrode the veto, allowing the bill to become law.

Following the override, pro-family organizations rejoiced at the news.

“Arkansas’ passage of the SAFE Act today is a resounding victory for biological sanity and common sense,” Jon Schweppe of the American Principles Project responded in a press release. “As most Americans recognize, we should not be pressuring young children into undergoing highly experimental, life-altering procedures to ‘change’ their sex before they are even old enough to make most other major decisions. State lawmakers are right to slam the brakes on the ideologically driven campaign to push children into this risky pathway.”

This follows South Dakota Governor Kristi Noem vetoing a bill that would ban transgender athletes from competing in school sports teams of a gender they were not born as.

So the transgender lobby seems to have a lot of power over Republican Governors.

But thankfully, the Arkansas legislature was able to fight back for common sense.

Governor Hutchinson is up for re-election in 2022.

His betrayal on this issue will almost certainly cause him problems in his attempts for re-election.