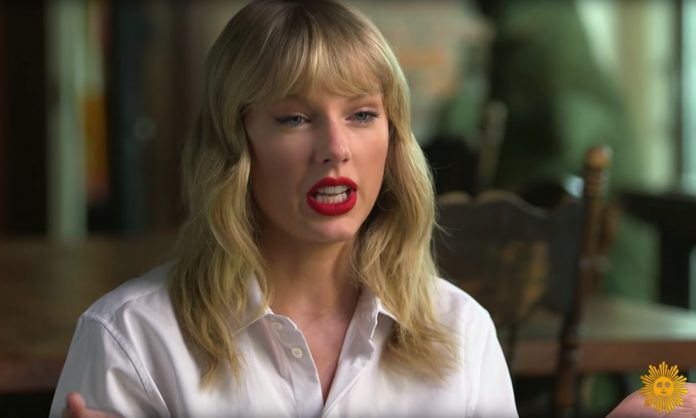 Pop singers have become some of the worst mouthpieces for the establishment.

And a Republican Senator triggered leftists with one statement about Taylor Swift.

Pop diva Taylor Swift had been bullied for years to be more vocal about politics.

She endorsed former Tennessee governor Phil Bredesen for Senate in his race against Republican Marsha Blackburn, but Swift’s endorsement did nothing – Blackburn crushed Bredesen by ten points.

Now Blackburn is hitting back at Swift’s promotion of leftist ideas.

In a recent interview, Blackburn said:

“Taylor Swift came after me in my 2018 campaign . . . But Taylor Swift would be the first victim of that because when you look at Marxist socialistic societies, they do not allow women to dress or sing or be on stage or to entertain or the type music she would have. They don’t allow protection of private intellectual property rights.”

This triggered a deluge of criticism from many leftists.

The most shameless attack came from Never-Trump neocon Matthew Dowd:

I along with most Americans would much prefer to have @taylorswift13 as a United States senator than @MarshaBlackburn What about you?

But lost in the Left’s furor is the fact that Blackburn is generally correct.

In a socialist society, free speech rights would be nonexistent.

Russian comedian Yakov Smirnoff explained what it was like performing standup in the Soviet Union.

“Yep. There’s a Department of Jokes. Actually, the Ministry of Culture has a very big department of humor. I’m serious now. Once a year they censor your material, and then you have to stay with what they have approved. You can’t improvise or do anything like that. You write out your material and mail it to them, and they send it back to you with corrections. After that, you stay with it for a year.”

The same goes for musicians in Cuba who have to practice in secret.

The Chinese Communist Party pressured actor John Cena to apologize for acknowledging the independence of Taiwan – it’s not difficult to imagine what happens to dissident artists within the country.

The Left can ridicule Blackburn all they want, but her larger point was accurate.