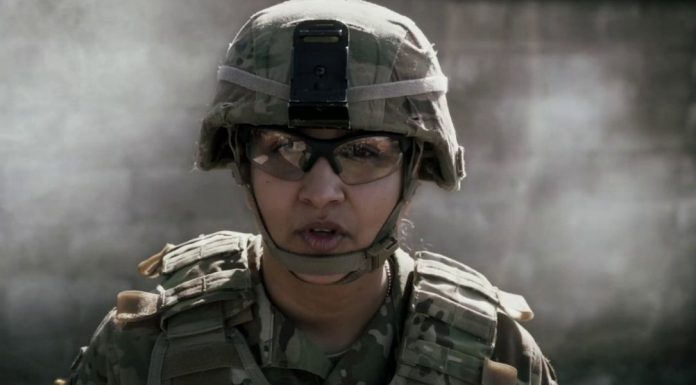 The government-imposed lockdowns have forced many Americans to suffer unimaginable harm.

Many states have done whatever they can to stifle concerned citizens’ voices speaking out against their tyrannical actions.

And a report just revealed that California’s National Guard was ready to use fighter jets on citizens who protested against lockdowns.

The last year has been unbearable for most of us.

Countless families lost everything due to their family businesses closing for good.

Many of our children are not receiving anywhere near the adequate education they deserve as their classrooms remain closed.

And, shockingly, as their freedoms are limited like never before, most citizens are complacent with the tyrannical rules that obviously don’t work.

But if politicians are faced with the random citizen that actually cares about their rights they usually just send in their bureaucratic minions to harass them for defying their authority.

Watch this LA health inspector do “happy dance” after shutting down a brewery on Super Bowl Sunday, for allegedly not abiding to COVID restrictions.
I hope her next dance is performed in the unemployment line.
SMH.pic.twitter.com/QbQF950DnF

But California was ready to take its enforcement of lockdowns to a whole new level.

According to the Los Angeles Times, the California National Guard was poised to use fighter jets against citizens protesting the lockdowns.

Supposedly, commanders in the Golden State’s National Guard were worried about citizens exercising their Constitutional right to assemble.

And to combat possible protests they had a F-15C put on high alert and ready to conduct “buzzing” maneuvers over the crowds to scare them away from the protest.

One interviewed guardsmen who knew of the highly secretive orders told the L.A. Times that “[t]hat’s something that would happen in the Soviet Union. Our military is used to combat foreign aggressors.”

Of course the California National Guard denied any wrongdoing and the Governor’s office denied knowing anything about the plans.