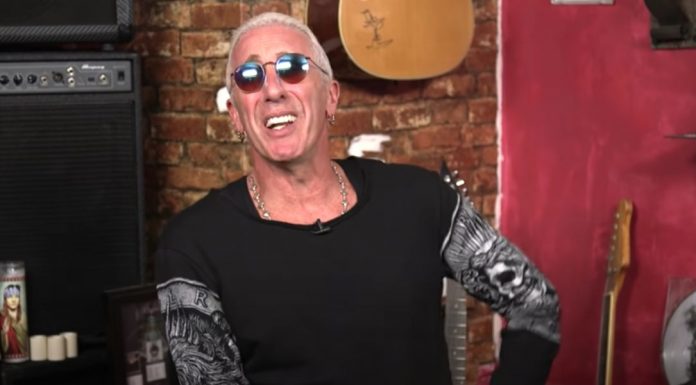 Left-wing propaganda is radicalizing people to condemn half the country.

And entertainment celebrities are some of the worst offenders of divisive rhetoric.

But it didn’t go well for this “rebellious” rocker who attacked Trump supporters and it blew up in his face.

It’s no surprise that celebrities in Hollywood and in the music industry hate Donald Trump.

The entertainment industry is overwhelmingly left-wing with some conservatives and libertarians mixed in.

But these celebrities and their acolytes are crossing the line when they attack millions of Trump voters around the country.

And Dee Snider of Twisted Sister did exactly that in a ridiculous rant.

Snider tweeted, “ATTENTION QANON, MAGAT FASCISTS: Every time you sing “We’re Not Gonna Take It” remember it was written by a cross-dressing, libtard, tree hugging half-Jew who HATES everything you stand for. It was you and people like you that inspired every angry word of that song! SO FUCK OFF!”

ATTENTION QANON, MAGAT FASCISTS: Every time you sing "We're Not Gonna Take It" remember it was written by a cross-dressing, libtard, tree hugging half-Jew who HATES everything you stand for. It was you and people like you that inspired every angry word of that song! SO FUCK OFF!

The problem for Snider is that he was singing an entirely different tune in 2016.

Back then, a TMZ reporter approached Snider on the street, and Snider said, “You should ask me about Donald Trump because he’s using ‘We’re Not Gonna Take It’ as his campaign anthem.”

The reporter asked Snider if he supported Trump’s candidacy, and he replied, “Donald Trump is a good friend, great guy, and I support him turning the political system on its head. The song ‘We’re Not Gonna Take it’ is a song about rebellion, and there’s nothing more rebellious than what Donald Trump is doing right now.”

The reporter then asked if Trump worked out a licensing agreement to use the song, and Snider said he let him use it for free.

Snider relayed that he told Trump, “You’re a buddy of mine, I like what you’re doing, so go for it.”

In addition to that, Snider previously performed onstage at a Trump event.

Snider is one of many celebrities that once supported Trump—or at the very least was friendly with him—only to turn his back when the pressure from the establishment got too hot.

What happened to this “rebel” in rock?

Ironically, Snider’s entire persona was built around being against the establishment.

In the 1980s, he was battling Tipper Gore on the issue of censorship in music.

Now Snider is a mouthpiece for a regime that’s even more censorious.

The Daily Wire reported that “Snider appeared before the Senate in 1985 after a pro-censorship group known as the Parental Music Resource Center (PMRC) published a list of problematic bands and tunes that included Twisted Sister. Although the Senate was controlled by Republicans at the time, the drive to censor music was largely a Democrat project. The PMRC itself was spearheaded by Tipper Gore — who would be second lady just seven years later — and suggested that ‘We’re Not Gonna take It’ should be slapped with a warning label because it promoted ‘violence.’”

It seems as though Snider is going to take it after all.