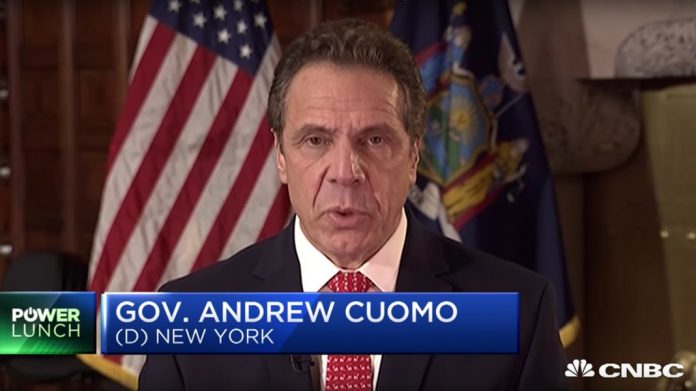 The Democrat Governor of New York, Andrew Cuomo, made the biggest mistake of his life when he signed the abortion up-to-birth bill into law.

That’s because he and his leftist pals have been receiving backlash from pro-lifers all across the nation.

And what this Pro-Life organization announced they were going to do in Time Square made Cuomo regret everything.

The Pro-Life organization Focus on the Family is putting on a 12-week campaign called “SEE LIFE CLEARLY” that will end in a massive May 4th event that will be broadcasted all across Time Square.

The May 4th event will feature pro-life speakers and live 4-D ultrasounds for countless Americans to see on jumbotrons.

SEE LIFE CLEARLY is in direct response to the latest New York abortion laws that allow women to abort their babies up until birth.

In response to New York’s new abortion law, which effectively allows unlimited abortion until birth, Focus on the Family launched the largest pro-life effort in the organization’s history.

The 12-week campaign, dubbed SEE LIFE CLEARLY, will culminate in a May 4 event in Times Square, “Alive from New York,” where live 4-D ultrasounds will be broadcast on a jumbotron.

“We’re looking to fill Times Square with pro-life Americans, and it will feature live music, compelling and inspirational speakers, and best of all, live 4-D ultrasounds broadcast on a massive digital marquee in Times Square, powerfully showing the world that a baby inside the womb is fully human and should be given the chance to be born,” Focus announced.

Jim Daly, president of Focus on the Family, believes the images will have a powerful impact.

“We’ll have great speakers. We’re going to have music, but we’re also going to do a live ultrasound of a third-trimester baby. And with the 4-D technology that we have, it looks like a picture of a 1-year-old. There is no way a person is going to be able to say, ‘That is not a child.’ It is a child and we want everybody to see it,” he told CBN News Tuesday.

This move is game changing.

In a culture of commercialism, New Yorkers will be met with real and live 4-D ultrasounds right where they are.

And they’ll see that unborn babies in the womb are just as human as anyone else.

This is exactly what the Pro-Life Movement needs to turn the tide.

Supreme Court Justices often stick their fingers in the air to feel where the winds are blowing in the court of public opinion before they make big rulings.

So if Pro-Lifers are ever going to see the reversal of Roe v. Wade, it will start with changing the minds of everyday Americans.

And we are already seeing that take place in the millennial generation.

According to recent studies, only 7% of millennials support the Democrat Party’s policy of abortion-on-demand throughout the entirety of a pregnancy.

All of this has Planned Parenthood and the Abortion Lobby sweating bullets.

Because, the truth is, the momentum solely belongs with the Pro-Life Movement.

And that is bad news for the pockets of Democrats in bed with the Abortion Lobby.