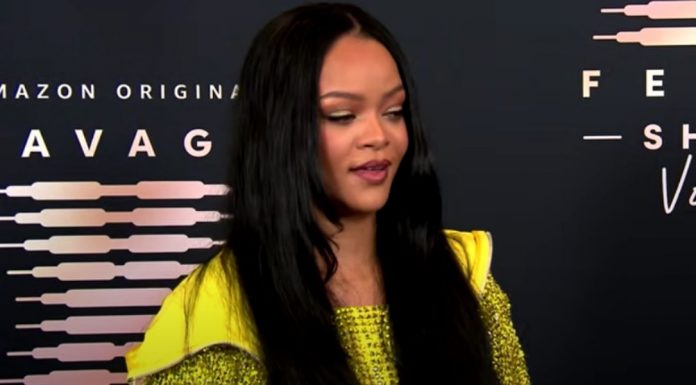 Hollywood celebrities are notorious for talking down to Americans.

Virtually all of the outspoken ones toe the progressive political line.

But a pop diva wore one t-shirt that drove leftists into a complete panic.

Pop star and actress Rihanna wore a t-shirt with the message “think while it’s still legal” in public. 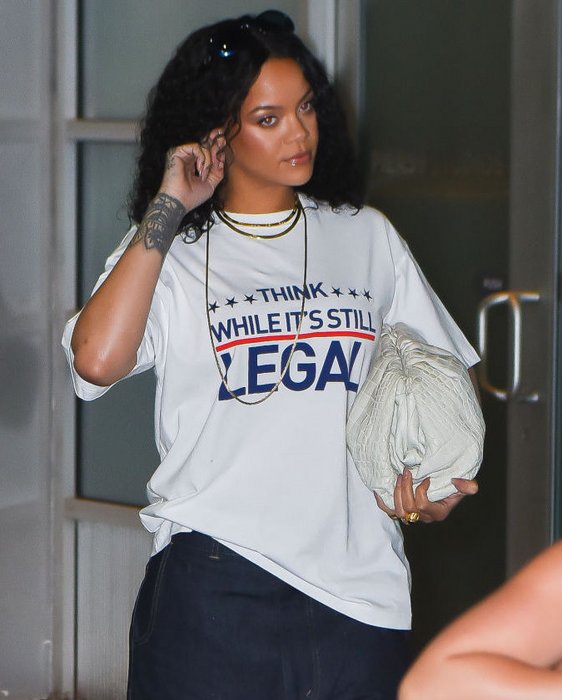 The message could be interpreted different ways, but some leftists worried she was echoing the sentiments of star rapper Nicki Minaj, who got into an online tussle with MSNBC host Joy Reid over vaccine mandates.

Minaj is staunchly against vaccine mandates, and hammered the corporate-controlled press for attempting to bully her into submission.

The political intent of Rihanna’s shirt also made leftists anxious because she appeared in a family gathering photo with her friend Minaj.

Since Minaj’s outburst against vaccine mandates, she and her husband have been named in a #MeToo scandal.

The corporate-controlled press amplified the signal of her husband’s accuser at a curious time.

It’s yet to be seen if the allegations are true, but it seems unlikely several outlets would be running with the story if Minaj were in the establishment’s good graces.

If Rihanna were also against vaccine tyranny, that would send the establishment into full-on meltdown mode.

Rihanna is a billionaire with significant cultural reach.

Minaj has 158 million followers on Instagram and Rihanna has an additional 109 million.

That’s a lot of minds that could be influenced to question the edicts coming from the establishment.

Democrats and public health officials have been pushing hard to get everyone vaccinated even if it doesn’t make sense for a particular individual.

For example, studies show that people who have recovered from COVID have orders of magnitude better immunity against the virus than someone who got the vaccine.

Other countries are essentially treating the pandemic as if it’s over while the COVID regime in America is eager to inject kids under 12 with the vaccine.

None of this makes any sense, and more celebrities are beginning to call it out.

Nobody likes being bullied into doing something they don’t want to do, and that goes double for irreverent musicians.

The Left’s overbearing nature could be turning off some of their biggest allies.