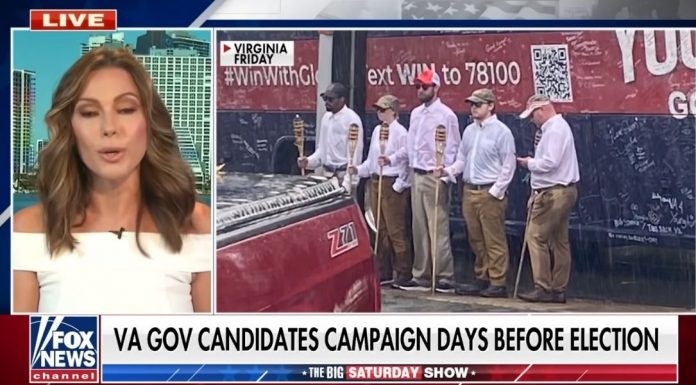 Leftists and their Never-Trump “allies” in the Lincoln Project have some explaining to do.

Their shockingly obvious lie is jaw-dropping even for Democrats in a high-stakes race with national implications.

But a pedophile group of anti-Trumpers’ shockingly obvious attempt at a last-minute smear in the Virginia governor’s race didn’t go well.

Clinton hatchet man Terry McAuliffe may or may not have known about the plot to stage a fake racist event to attack Republican Glenn Youngkin.

But once it backfired, the Trump-hating Lincoln Project came in to claim credit for it.

Many remember the Lincoln Project for all they did to personally attack Trump during the 2020 election.

But compared to 2020, what they just tried in Virginia is their worst act yet.

You couldn’t hide the fact that most establishment hacks and politicians wanted Donald Trump to fail.

The man went through each and every one of their handpicked candidates like a bully on the playground.

Nothing could stop Trump in 2016 no matter what they threw at him and many establishment types held that against him during his presidency.

Everyone associated with the Washington, D.C. establishment from both parties worked together this past election to oust Trump.

And one of the groups leading the charge was the RINO Lincoln Project.

The Lincoln Project has been racked by pedophilia allegations against one of the group’s founders John Weaver, after it was discovered that co-founder John Weaver used the group as a tool to sexually abuse and solicit over 20 young boys.

But even with all the horrible things that were uncovered about the Lincoln Project, they still are in the political system attacking Conservatives whenever they get the chance.

And their latest target is Glenn Youngkin of Virginia.

But no matter what they do to Glenn his poll numbers continue to go up as he polls better than any state-wide Republican candidate has in Virginia in over 10 years.

Well recently at a Youngkin event five losers with tiki torches showed up and started chanting “We’re all in for Glenn.”

People were dumbfounded as something didn’t seem right with this clan of extra chromosomes.

These men approached @GlennYoungkin’s bus as it pulled up saying what sounded like, “We’re all in for Glenn.” Here they are standing in front of the bus as his campaign event at Guadalajara started.@NBC29 pic.twitter.com/l681ejyBjc

Well come to find out these half-wits were just Leftists trying to taint Glenn Youngkin supporters as racists.

Also Colleen Wachenfeld says she works for @vademocrats. How is this possible? pic.twitter.com/lRyQtaxrKv

Camden Layton says he works for @vademocrats as a finance director. Why are you hiring Nazis? pic.twitter.com/JIjGE6kBpi

And it was all allegedly planned out by the Lincoln Project.

Suspicions are very high this was a plot hatched by the McAuliffe team. And many are claiming the Lincoln Project’s dirty laundry made them the perfect group to take the blame.

And what makes it more embarrassing for the McAuliffe campaign, is that McAuliffe’s communications director was outed for his racist past on Twitter in the wake of the fake racist smear on Youngkin.