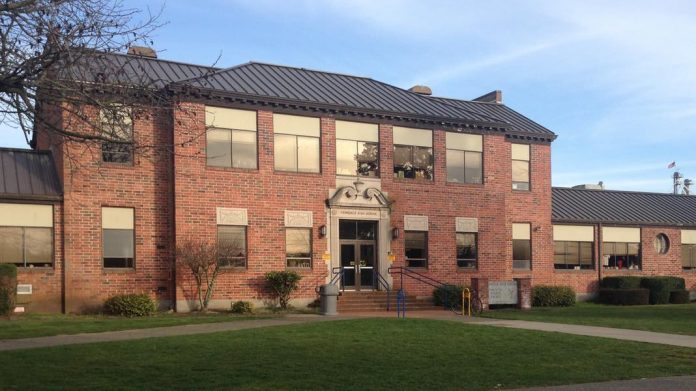 The radical leftists are using Sex Ed courses to institutionalize our children.

Their goal is to teach promiscuous behavior, and so-called “progressive” trends so that they can change society.

But this parent was just kicked out of a Sex Ed course for this one crazy reason.

Planned Parenthood is finding its way into high schools and middle schools all across the nation.

At Ferndale High School in Washington State, Whatcom Teen Council, a representative of Planned Parenthood, is in charge of teaching Sex Ed courses.

Parent Jill Sawicki was concerned about the course so she asked the teacher if she could sit in, and the teacher agreed.

But after Sawicki took issue with a few of the teachings – including pushing infinite genders and teaching the students that natural family planning is ineffective – she was barred from sitting in again.

A teacher at Ferndale High School in Washington State sent a letter home to all the parents in November, informing them that his health class would be beginning sex ed class and that several of the lessons would be taught by Whatcom Teen Council members. The letter did not note, however, that Whatcom Teen Council is an arm of Planned Parenthood.
…
After receiving the letter, parent Jill Sawicki sought to look into what the council would actually be teaching, and asked the teacher if she could sit in one of the sexual education classes. The teacher agreed.

While the student council covered topics like birth control, sexual orientation, and gender identity, Sawicki said they knew almost nothing about the subjects. Sawicki recounted that the students simply read off script cards, and when members of the class asked them questions, they could not answer competently.

The Whatcom council members also provided faulty information, including listing Natural Family Planning as having a low effectiveness rate, failing to classify which types of contraception protects against STDs and not explaining the risks of using hormonal contraception, according to Sawicki.

After her experience, Sawicki met with a Planned Parenthood representative to discuss the course. After disagreeing about statistics and teaching methods, the representative successfully lobbied the teacher to get Sawicki kicked out of the classroom. Sawicki was barred from sitting in on subsequent sex education classes, according to Planned Parenthood employee Jill Sprouse.

The parent was kicked out of the classroom simply because she objected to propaganda being pushed by Planned Parenthood.

And they want to shut out concerned parents from the classroom.

The grip that Planned Parenthood has on schools is sickening already, and it continues to grow.

Their goal is to ensure they always have a pipeline of new customers to keep their abortion business raking in the dough.

Do you think Planned Parenthood should be kicked out of the classroom? Let us know in the comments below.