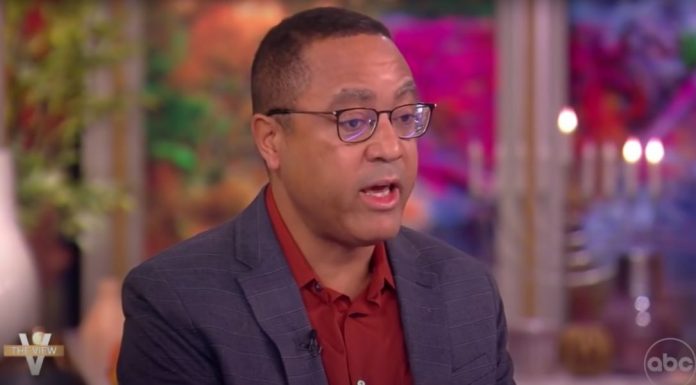 The New York Times is biblical to the Democrat establishment.

But the so-called “paper of record” may not live this one down.

Because a NYT writer just infuriated his readers with this one.

Every day it seems like the radical Left just keeps getting more and more extreme.

As soon as they establish their woke principles, it is already outdated. Life for these purple haired freaks is just a competition to see who can be the most self righteous.

But this top New York Times writer just sent a powerful message to the extreme Left about this race to the bottom.

Over the past several decades, the Left in America has gone completely off the rails.

In the 60s the Left was all about opposing the war and doing drugs while trying to advance some sort of Marxism.

But today they are more militant than ever. Political correctness is not even an appropriate term anymore given how rapidly their goal posts shift.

Just about everyone is a racist bigot according to the far-Left, and their criteria changes daily.

This is consuming the Left, who cancel everyone who gets in their way, often including themselves.

Many political campaigns and political organizations are feeling this pressure, as they cannot keep up with what the radical Left deems to be socially acceptable one day to the other.

However there are some on the Left who are noticing this phenomena and they are very concerned.

In a recent piece in the New York Times, McWhorter criticized the Left for attacking prominent figures such as Thomas Jefferson and comedian Dave Chapelle for not fitting perfectly into their world view.

According to McWhorter, “We should be able to evaluate various figures, past and present, by noting their indecorous or hateful views and continuing to appreciate, even celebrate, their achievements without making them candidates for cancellation.”

He points out prominent Black females who are lauded by the Left such as “The Pulitzer Prize-winning novelist Alice Walker has produced writing and made statements that are readily interpreted as antisemitic, and while there have been a few protests and disinvitations and criticism aplenty, no real movement has arisen to demand that her artistic achievements be viewed through this prism.”

The truth is, if you dig hard enough, you find dirt on just about anybody. No human being is perfect and people need to stop holding others to high bars that they couldn’t reach themselves.

The Left preaches wokeism to feel better about themselves, it is as simple as that.

These people pollute, waste, and are usually very intolerant, yet wokeism is a way for them to feel a little bit better about their backwards way of life.

If these social justice warriors had their personal history revealed for the world to see, then they might be more reluctant to call on the cancellation of anybody who sneezed in the wrong direction.

The far-Left needs a reality check, and it will take something very drastic to deliver that to them in today’s world that so readily cancels people.