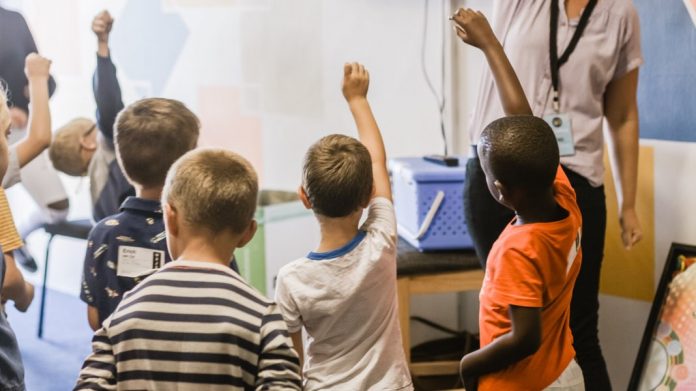 Our kids have been through hell over the past year and a half.

The Left has done everything they can to destroy their education by forcing our kids to either be in front of a computer all day or wearing masks constantly throughout the day.

And now a judge just declared war on kids in Tennessee by blocking their parents’ right to choose their education.

We have all suffered dearly under the tyrannical COVID restrictions that we have been subject to for nearly a year and a half now.

Millions of jobs were lost.

Thousands of small businesses were ruined beyond repair and will never come back.

And countless lives have been lost due to the lockdowns from missed doctors appointments, to cancelled surgeries, and through the uptick in suicides.

But throughout the pandemic, our kids have suffered the most under this tyranny.

Children across the nation couldn’t go to school as their teachers advocated for virtual learning or no learning at all.

And as a result, it has been reported that around three million children could go “missing” from school systems as a result of the tyranny forcing our schools to close.

Thank you for this important study – I wonder if 3 million students missing from virtual school is a big enough number to get @JoeBiden and @KamalaHarris to offer in-person school before 100 days? #openschools https://t.co/OLm5ih1Qlm

But now that schools are open across the nation to pacify pissed off parents, the teachers unions and leftists on School Boards refuse to let our kids go to school without wearing facemasks all day long.

Thankfully, some Republican Governors who have a pair have signed executive orders to protect kids in their states from being subject to rules that would force them to wear masks each and every day.

But leave it to the courts to ruin things.

In Tennessee, Governor Bill Lee was one of those Governors who decided to stand for our kids and he signed an executive order banning mask mandates in schools.

And as a result a handful of parents sued the Governor over his order.

Judge Lipman claimed in the decision that “it is that unmasked presence that creates the danger to these Plaintiffs.”

The order continued, “Plaintiffs offered sufficient evidence at this stage to demonstrate that the Executive Order interferes with Plaintiffs’ ability to safely access their schools.”

This is such a joke.

Study after study has shown that masks don’t work for the public.

And the idea that hundreds of thousands of students should be forced to wear masks against their parents’ will is outrageous.