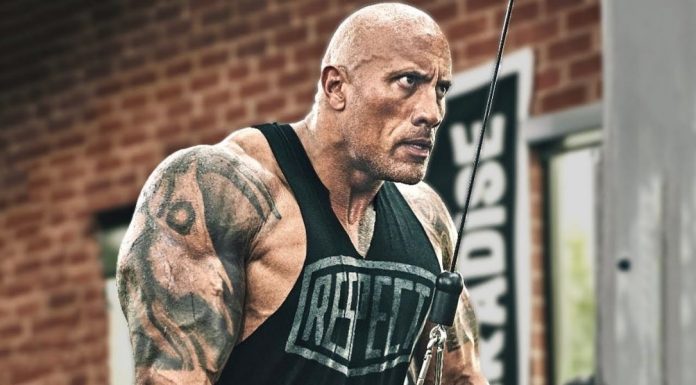 In 2020, Hollywood came out in droves to support Joe Biden.

They held fundraisers, voter registration drives, and joined Biden on the campaign trail.

But now a huge Hollywood star made an announcement about the 2024 election Biden didn’t see coming.

Hollywood gave tens of millions of dollars to Joe Biden going into the 2020 election, and handed him endorsements.

Among the big names to support Biden was Dwayne “The Rock” Johnson.

It was his first endorsement of a Presidential candidate.

The A-list Hollywood actor and WWE superstar made the endorsement in a Twitter video, where he said, “as a registered Independent for years now with centrist ideologies, I do feel that Vice President Biden and Senator Harris are the best choice to lead our country, and I am endorsing them to become President, and Vice President, of our United States.”

He added that this was “arguably the most critical election our country has seen in decades.”

But just months into Biden’s Presidency, Johnson may not be very happy with his performance.

In an interview with Sunday Today, he stated that he is “considering” running for President.

“I have a goal, and an interest and an ambition to unite our country,” Johnson said. “If this is what the people want, then I will do that.”

“If the time comes where there is a good amount of people who want to see that happen, then I’m going to consider it,” he continued.

This comes weeks after Johnson shared a screenshot of a Newsweek headline showing that 46% of Americans support the prospect of him running for President.

“I don’t think our Founding Fathers EVER envisioned a six-four, bald, tattooed, half-Black, half-Samoan, tequila drinking, pick up truck driving, fanny pack wearing guy joining their club – but if it ever happens it’d be my honor to serve you, the people,” he said in the April 10 post on Instagram.

For many years, Johnson has avoided politics.

But during the riots following the death of George Floyd he became vocal in his support for Black Lives Matter.

“Where is our leader at this time, when our country is down on its knees begging, pleading, hurt, angry, frustrated, in pain? Begging and pleading with its arms out, just wanting to be heard,” Dwayne Johnson said at the time. “We must say the words Black Lives Matter.”

None of his other political beliefs are known, and he will almost certainly run as a Democrat if he chooses to run.

But with him in the race, Joe Biden could be in serious danger in 2024.