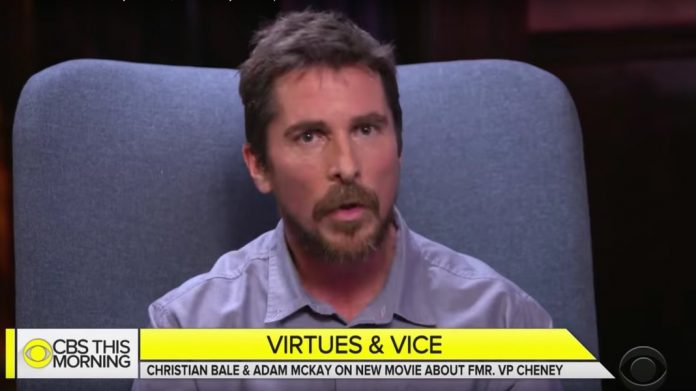 But the actor best known for getting overshadowed by the deceased Heath Ledger in the Dark Knight film got swatted hard by a former second daughter after this shocking claim he made on stage.

Bale claimed he drew inspiration for his role in the film from Satan.

But Bale drew a sharp response from Congresswoman Liz Cheney for his characterization of her father.

The former Vice President’s daughter unearthed news of Bale’s arrest for assaulting his mother and sister, tweeting “Satan probably inspired him to do this, too,”

“Liz Cheney did not take kindly to the words Christian Bale used to describe her father during his Best Actor acceptance speech for playing Dick Cheney in Vice at the Golden Globe Awards Sunday night.

Satan probably inspired him to do this, too. Christian Bale arrested for ‘assault on mother and sister’| The Independent. https://t.co/kesnNno9Zv

Interestingly, while Ms. Cheney stuck up for her dad, there hasn’t been much said about the other politician — Senate Majority Leader Mitch McConnell — who Bale seemingly dubbed a “charisma-free” orifice as well.

Do you think Bale’s comments were spot on?