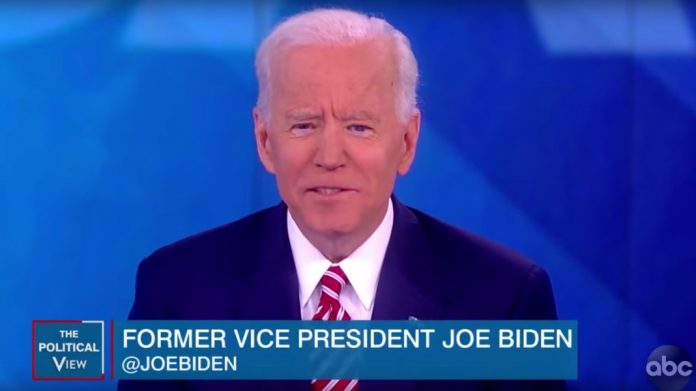 Christianity is being attacked in America at every turn.

Joe Biden and his administration are pushing hard to do away with Christian values and beliefs.

But Joe Biden could regret what he did about this wholly unbiblical act after he just got slapped with this lawsuit.

Despite calling himself a Catholic, Biden continues to push a pro-abortion agenda and dismiss many of the core teachings of the church.

Well, some Christian employers have had enough and won’t stand for this type of clear manipulation by the Biden administration to force them to pay for things they believe go against their Biblical beliefs.

The Alliance for Defending Freedom (ADF) is suing the Biden administration on behalf of the Christian Employers Alliance for these mandates.

ADF argues the mandates force employers to pay for or perform gender transition surgeries, procedures, counseling and treatments in violation of their religious beliefs.

“By misinterpreting and improperly enforcing federal law, President Biden has far overreached his constitutional authority, to the detriment of people of faith across the country,” stated Matt Bowman, senior counsel of ADF.

Once again Biden is trying to force people to do things that clearly contradict their religious beliefs.

The attack on Christians is clear as day.

The ADF brief also argues that the Department of Health and Humans Services (HHS) gender identity mandate misinterprets “discrimination based on sex” in federal law so they can force providers to pay for gender transition services which go against their religious beliefs.

HHS Secretary Xavier Becerra has previously stated that the Supreme Court made it clear that people have a right not to be discriminated against on the basis of sex.

Of course, that’s true, but people also have a right to not have to pay for someone to become a different sex if it flies in the face of their convictions.

Never before has it been so clear that an administration is blatantly trying to take down Christians.

It’s time for Christians, not just in this country, but around the world to start standing up to these tyrants and holding fast to their beliefs even in the face of persecution.