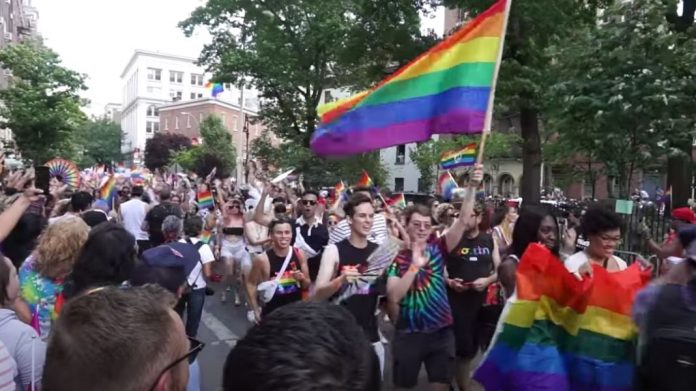 The transgender lobby doesn’t just want to force you to accept their lifestyle, they want you to pay for it.

While Barack Obama did everything to appease them, President Trump isn’t giving in.

But a federal judge just smacked Trump with news that has the transgender lobby celebrating.

When Obama was in office, he did everything in his power to please the transgender lobby.

Despite him initially running for President in opposition to gay marriage, the radical Left was able to get him to completely cave to any of their demands by the end of his first term.

The biggest win President Trump handed the transgender lobby was a rule that mandated coverage of “gender transition” surgeries in federally-funded healthcare plans.

It moved the goalpost in their eyes, considering that this rule essentially codifies within the law that their sex-change operations aren’t just elective surgeries, but necessary procedures that need to be protected.

But their triumph of this rule didn’t last long, considering that President Trump reversed the decision once he was in office.

He made clear that federal funds should not be spent on these surgeries that aren’t just not-necessary, but provenly harmful to those who receive them, along with being immoral in the eyes of most of the country.

While the Left tried to challenge Trump’s decision, they didn’t have any solid legal ground to stand on in their challenge.

That is until the recent Supreme Court decision, which extended laws against racial discrimination to cover LGBT people.

In his reasoning, Block pointed to the recent Supreme Court decision.

“We applaud today’s decision and look forward to continuing our fight against this rule that unlawfully targets and singles out LGBTQ people for discrimination during their most critical time of need, when seeking health care,” pro-transgender Lambda Legal staff attorney Carl Charles said in response to the news.

This decision was made possible because of Justice Neil Gorsuch siding with the radical Left on the Supreme Court decision relating to LGBT discrimination.

When the decision came down, conservatives warned that it would have wide-ranging implications that the LGBT lobby will exploit for decades to come.

And this is the first example of what will almost certainly be a long line of other decisions favoring the LGBT lobby using this one Supreme Court decision.