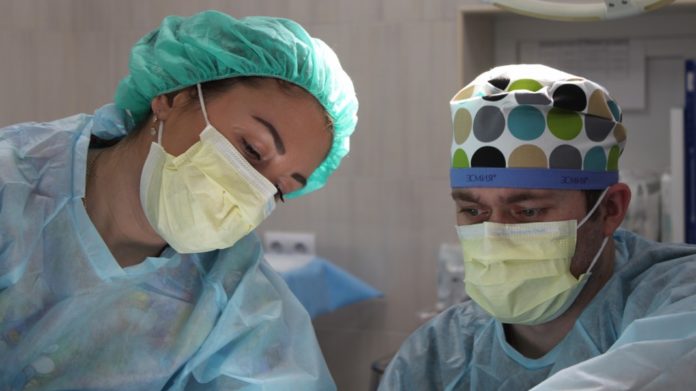 Radical Leftists are escalating their indoctrination of America’s young boys and girls.

The Left used to be content with feeding children propaganda through media, but that’s no longer enough for them.

And one father just lost his bid to save his son from this radical procedure.

After a harrowing court decision, one father must go along with his ex-wife’s plan to transition their seven-year-old son into a girl.

To the Leftists who said “slippery slope” arguments about transgender bathrooms and other test cases were fallacies, this case proves their extreme agenda was always going to expand in frightening ways.

A jury in Dallas, Texas has ruled against Jeffrey Younger, the father who is trying to protect his seven-year-old son, James, from chemical castration via a gender “transition.” This means James’ mother, Dr. Anne Georgulas, will be able to continue “transitioning” him into “Luna,” and now has full authority to start him on puberty blockers and eventually cross-sex hormones.

The jury’s decision likely means that Mr. Younger will be required to “affirm” James as a girl, despite his religious and moral objections, and will also be forced to take a class on transgenderism.

Not only will Jeffrey Younger be forced to subject his son to child abuse, he will have to take classes that tell him his views are retrograde and wrong.

This might be the clearest example of the Left’s descent into utter madness.

There is no consensus on the transgender issue.

Nobody got a vote.

But suddenly this is the law of the land.

This is how our freedoms slip away from underneath us, while we are not paying attention.

According to the Mayo Clinic, some of the side effects of feminizing cross-sex hormone therapy are blood clots, infertility, weight gain, type 2 diabetes, high blood pressure, and other ailments.

During a podcast interview, Younger detailed the psychological horror he’s been through as he’s been forced to watch his son go through this.

Younger said, “I believe this is not just emotional abuse but is the very, most fundamental form of sexual abuse, tampering with the sexual identity of a vulnerable boy.”

Indeed, it is, and it’s despicable.

Do you think Younger should get full custody of his son?