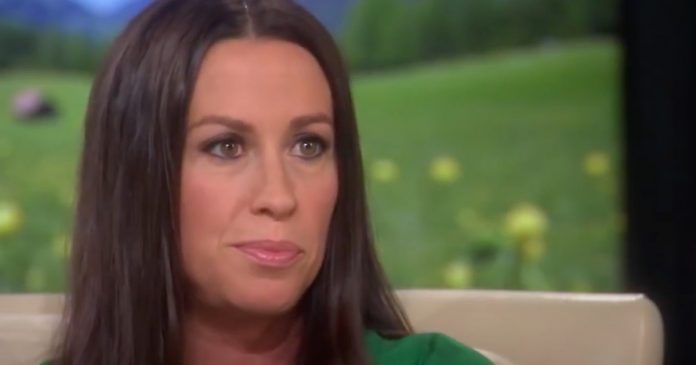 But it also has a seedy underbelly that isn’t seen by most outsiders.

And a famous musician just ripped the industry for the horrific thing it did to her.

Pop rock star Alanis Morrissette dropped the bombshell that she was the victim of statutory rape when she was 15-years-old.

In light of the #MeToo movement, Morrissette’s claims dovetail with several other starlets who came forward with their harrowing tales.

Serial predators like Producer Harvey Weinstein have been brought to justice – he will likely die in prison after being convicted of rape – but there are many more who have escaped punishment.

In a new documentary on which she collaborated, Alanis Morissette says multiple men engaged in sex with her when she was a 15-year-old pop star in Canada, below the age of consent…The film, meanwhile, raises difficult questions about the music industry.

The trope of the casting couch is based on decades of accounts of young entertainers being coerced into sexual encounters with powerful kingmakers.

What makes the depravity even more infuriating is the sanctimony that comes out of the entertainment industry.

Weinstein hobnobbed with luminaries in media and politics for decades while he was forcibly raping women.

“I’m going to need some help because I never talk about this,” she begins, before plunging into the topic.

“It took me years in therapy to even admit there had been any kind of victimization on my part,” she says. “I would always say I was consenting, and then I’d be reminded like ‘Hey, you were 15, you’re not consenting at 15.’ Now I’m like, ‘Oh yeah, they’re all pedophiles. It’s all statutory rape.”

Who she is referring to remains unclear; Morissette does not name any of her alleged abusers. But she says she issued calls for help and implicates the music industry in not listening.

Hopefully more predators will be exposed because the phonies and the monsters within Hollywood need to be called out.

These people have no business walking around free, let alone lecturing others about morality and decency.

Documentary filmmaker Amy Berg won an Oscar for her exposé on sexual abuse in the Catholic church.

But An Open Secret, her film on sexual abuse within Hollywood, largely fell on deaf ears.

Film, television, and music entertainment are very insular with power brokers controlling everything at the top.

It’s time for the serial predators to be purged.