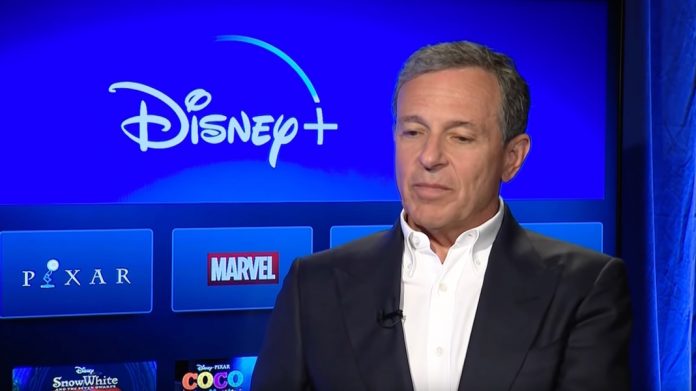 The Left believe they are supposed to be in complete control of the culture.

And they demand obedience at all times.

But a Disney department went rogue and royally ticked off Democrats.

In hopes of gaining ground in the Midterms, Democrats are attempting to fear-monger about abortion and guns, but Hulu rejected Democrat ads on the hot-button issues.

The Hill reported that “Democratic campaign groups are slamming the Disney-owned streaming service Hulu for what they say is its refusal to run ads on the crucial midterm election issues of abortion and gun safety. The streaming service did not run ads submitted last week by the Democratic campaign groups and has failed to give the groups a clear reason, according to a national Democratic Party official…In a joint statement, the executive directors of the Democratic Senatorial Campaign Committee (DSCC), Democratic Congressional Campaign Committee (DCCC) and the Democratic Governors Association (DGA) said Hulu’s ‘censorship of truth is outrageous, offensive, and another step down a dangerous path for our country.’”

Democrats crowing about censorship is truly hilarious considering they got One America News booted from every major cable provider, and have attempted to get Fox News shut down.

That’s not supposed to happen to them.

So they were of course livid that any company — let alone one owned by their pals at Disney—chose not to run politically divisive and dishonest ads.

The Hill added that “a person familiar with Hulu’s policy who requested anonymity told the [Washington] Post the company does not publicly disclose its advertising guidelines, but it prohibits advertising that takes a position on a controversial issue regardless of whether it is a political ad. The person told the Post that the ads are reviewed on a case-by-case basis.”

This used to be the state of play for businesses, but the Left cudgeled businesses into becoming more political.

In fact, The Washington Post attempted to shame video game companies into publicly speaking up in support of pro-abortion “rights.”

Disney of course recently caved to internal pressure from “woke” employees and got political after initially giving lip service to staying out of the Left’s fight against Ron DeSantis and his Parental Rights bill in Florida.

And it’s unlikely the move by Hulu was some kind of course correction. In fact, just days after the initial denial of the Democrat ads, Hulu caved — or more precisely Disney brought the hammer down.

Democrats may not wind up happy anyway.

Democrats are trying to make abortion a wedge issue after the Supreme Court overturned Roe v. Wade in the Dobbs decision and returned the abortion question to the states.

However, the fear-mongering about abortion and guns has not worked.

Republicans maintain a lead in the generic Congressional ballot that would translate to a catastrophic loss for Democrats if historical trends hold.