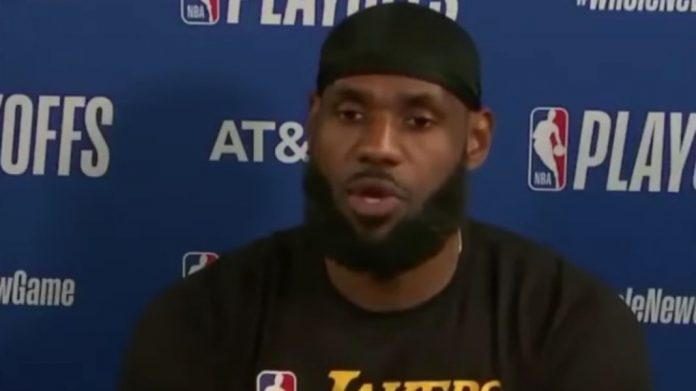 Free speech used to be something our nation cherished and protected.

But this breaking story shows that the Left is on a warpath against anyone who dares to speak out against their ideology.

A cop poked fun at LeBron James and now his career has suddenly come to a screeching halt.

The Bill of Rights used to be a key part of our society.

But now it is nothing more than toilet paper for the Left in our nation.

They have made it crystal clear that our rights only exist when it best suits them and their radical agenda.

Here is a prime example.

Over the past couple months, overrated NBA player LeBron James has been using his platforms to personally attack police officers.

Most notably, LeBron James went on to Twitter to post a picture of an officer who justifiably shot a woman trying to kill others with the threatening caption “YOU’RE NEXT.”

.@KingJames, with his vast resources & influence, should educate himself and, frankly, has a responsibility to do so, on the facts before weighing in. This is disgraceful & extremely reckless.

The officer saved a young girl's life. No amount of gaslighting will change that fact. pic.twitter.com/GTHn1VAAlf

And after pushback against his careless tweet, the NBA has stayed silent and continues to give him a platform to spew such nonsense.

Officer Nate Silvester of the Bellevue Marshal’s Police Force in Idaho made a hilarious video going after James’ stupidity for targeting an officer on Twitter.

Come to find out, Officer Silvester was terminated from the Bellevue Marshal’s Police Force for posting the video.

You can see the video below:

But Officer Silvester gets the last laugh as a GoFundMe was started for him after his termination.

So far the GoFundMe page has raised over $500,000 for the officer as people band together to make sure his life isn’t ruined for poking fun at LeBron James.