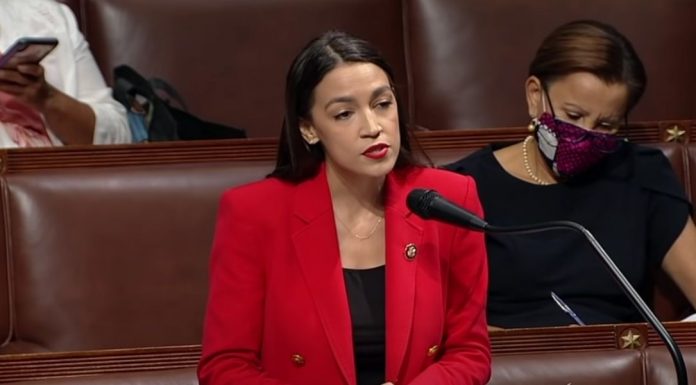 Americans have to wonder how someone like Alexandria Ocasio-Cortez (AOC) got elected to office.

The things she says are often outrageous, illogical, or totally false, and in some situations, all three.

Last week, Democrat “Squad” member AOC took to Twitter after visiting her “Abuela” (Spanish for “grandmother”) in Puerto Rico and shared pictures of the disrepair her Grandmother’s home was in.

AOC went on to blame Trump – who else would a radical Leftist blame – for the damage to her Grandmother’s home because “Hurricane Maria relief hasn’t arrived. Trump blocked relief $ for PR.”

The Trump-blaming continued on in her Twitter stream, and many of her followers reacted to Grandmother’s sad state of affairs, echoing the sentiment that this was clearly all the fault of a President no longer in office.

Walsh responded to AOC’s tweet by stating, “Shameful that you live in luxury while allowing your own Grandmother to suffer in these squalid conditions.”

A “Twitter Battle” of sorts ensued with AOC claiming “systemic injustices” because that’s what the Left claims every single time they’re attacked regardless of the topic at hand.

Walsh kicked off the campaign by donating $499, which he indicated was the cost of a monthly lease payment on a Tesla, the very car AOC is driving around in Washington, D.C. while her Grandmother’s roof is caving in.

Other celebrities on the Right, like Ben Shapiro and Candace Owens, donated to the cause.

Then Left-wing rag, The Independent posted about the situation.

Once again, the Left makes anything done by someone on the Right out to be an “attack.”

I’m sure many people would love to be “attacked” by receiving over $100,000 in donations.

Yes, Walsh’s fundraiser may have been a dig at AOC, but that in no way indicates that the donations to her grandmother weren’t genuine.

People who donated were putting their money where their mouth is, something AOC and her cohorts simply do not understand.

AOC used her grandmother as a political prop, and when the Right responded charitably to address the situation, she freaked.

In the end, AOC’s family told GoFundMe they won’t accept the funds.

The Left continues to virtue signal by whining about things without actually helping anyone.