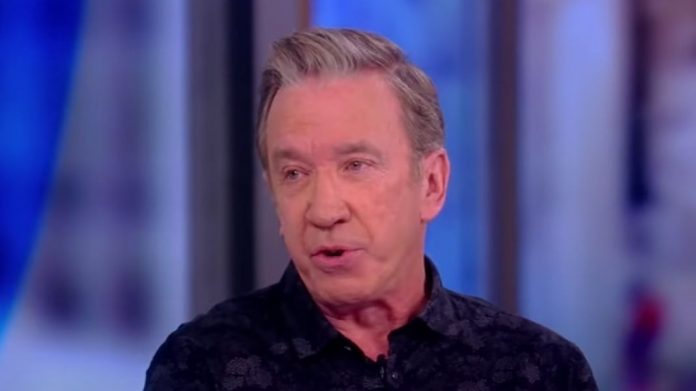 The Left is dangerously flirting with censorship.

And a conservative actor made one statement about censorship that may soon be reality.

Actor and comedian Tim Allen is getting back into comedy clubs and performing stand-up comedy.

Doing a river trip here in Pennsylvania.
Heading to Michigan next for two sold out stand up performances at the Traverse City Opera House. Very nervous as I have been off stage for over a year. Wonder if government agents will be policing comedy from the back of the house.

Allen was joking, but the best comedy pokes at an issue in society.

If it seems far-fetched that comedy could be monitored, think again.

Robin DiAngelo, who’s made a mint selling her garbage book and philosophy White Fragility, attacked comedy on the grounds that it’s “racist.”

During an interview, she said:

“So comedy is – I think it’s an excuse to get to be racist, right? Like irony. And I think TV shows like ‘Family Guy’ and ‘South Park,’ maybe a little bit ‘The Simpsons,’ right, allowed white people to be racist self-consciously, right? Like, I know I’m being racist and therefore it doesn’t count and it’s okay.”

“Woke” comedians Amy Schumer and Seth Rogen both disavowed their off-color jokes from the past and kowtowed to the cancel mob.

Liberal comic Nimesh Patel was kicked out of an event sponsored by Columbia University after telling an “offensive” joke.

Comedy clubs have stopped booking some comics who have been convicted of wrongthink.

If people don’t believe this could escalate as Allen pointed out, look no further than the Soviet Union.

Russian comedian Yakov Smirnoff spoke about how he had to have his jokes approved by the Ministry of Culture.

The same ideology that gripped the Soviet Union is rapidly gaining power in the United States.

People need to pay attention to what’s on the horizon.