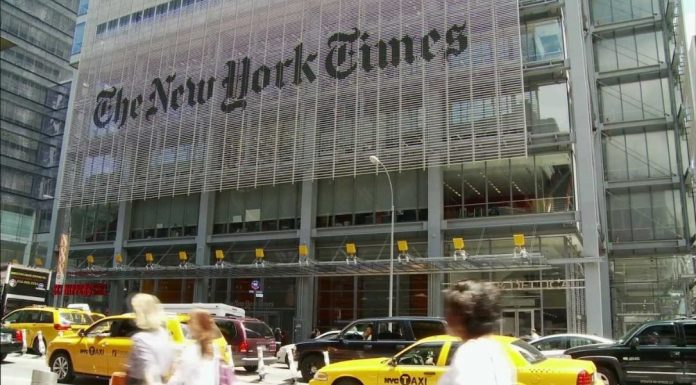 The Democrat Media Complex is attempting to constrict all opposing views.

Anyone who counteracts the mainstream narrative runs the risk of getting “canceled.”

And a Christian website just got smeared with one unthinkable lie by The New York Times.

The Babylon Bee is rapidly supplanting The Onion as the most relevant satire site on the internet.

But since the Bee has a Christian and right-leaning bent, they’ve been the source of persistent attacks from the Left.

Even though the Babylon Bee is an obvious satire site, it has been “fact-checked” by Snopes dozens of times.

And now The New York Times is smearing them as “far-right.”

Babylon Bee CEO Seth Dillon called out The Times for their deception.

In an article about Facebook's difficulty in dealing with satire, the New York Times points to The Babylon Bee as an example of a "far-right misinformation site" that "sometimes trafficked in misinformation under the guise of satire."https://t.co/YzEuTwlBQT

The problem for the Left is that the Babylon Bee is effective.

Leftists understand how useful humor and ridicule can be, so they’re doing everything they can to undermine the Bee and limit their reach.

Despite having close to 1 million followers on Twitter, the Babylon Bee does not have a verified checkmark on its account.

In 2019, the Bee released a statement in response to the harassment they were receiving from Snopes:

“Last week, Snopes fact-checked us again . . . We’re pretty used to that. But this time, instead of merely rating the article ‘false,’ they questioned whether our work qualifies as satire, and even went so far as to suggest that we were deliberately deceiving our readers. Basically, they treated us as a source of intentionally misleading fake news, rather than as the legitimate, well-known satire publication that we are. This is a big deal.”

Leftists do not want anyone right-of-center creating cultural content that can move the needle and expose the sophistry of their arguments.

Perhaps even more alarming is the Left has become almost impossible to satirize because many of the Bee’s humorous stories have come true.

After receiving pushback from Dillon, The Times amended their characterization of the Bee as “far-right,” but the damage has already been done.