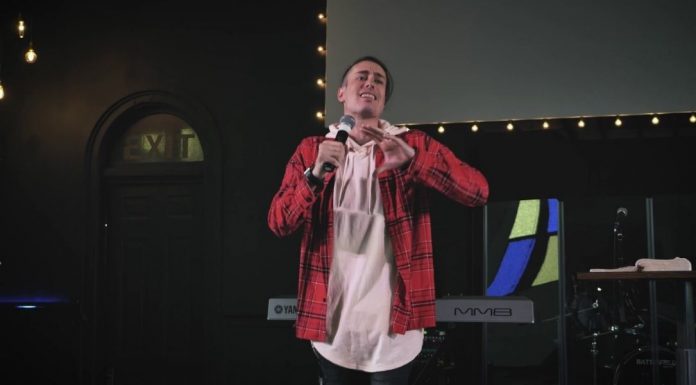 Christianity is under attack like no other time in U.S. history.

The Left has waged all-out war on God-fearing Americans.

And a Christian pastor might be arrested after taking a stand the Left is infuriated by.

While much of the country is opening up from coronavirus lockdowns, some states are still forcing these draconian restrictions.

Washington state is among the worst states when it comes to lockdowns.

In particular, they are targeting churches that continue to hold services.

Many churches have buckled under pressure and shut their doors.

But one church’s pastor is making a bold stand and is publicly refusing to comply with an order to cease public services.

A pastor of The Pursuit Northwest Christian Church in Snohomish, Washington put out a fiery video responding to that order, titled “We Ain’t Cancelling Church.”

In the video, pastor Russell Johnson said that “for those who decide to gather in person, they should be able to do so without the fear of government reprisal.”

“How did we go from ‘Congress shall make no law respecting an establishment of religion or prohibiting the free exercise thereof,’ to ‘You must now ask our permission to gather on Sunday morning?’”

Johnson went on to warn of a pattern whereby “every time the government grows, personal liberty shrinks.”

“Regardless of what political party you’re in,” adding, “that should concern you.”

He went on to blast the direction of the government.

“The government has told us not to gather, not to sing, not to play instruments, not to take communion,” he said. “This same government has set up hotlines encouraging neighbors to snitch on one another,” Johnson noted, adding, “Enough is enough . . . we must obey God rather than man.”

Johnson is one of the few pastors willing to stand up against government overreach.

But at the same time, many are unwilling to stand up to government encroachment into their religious liberty, and right to assemble.

In Canada, the government has already begun jailing pastors who refuse to comply with their orders to cease church service.

Coates remains in custody, with his bail being revoked as he stands trial.

Christianity is truly under attack by the radical Left.