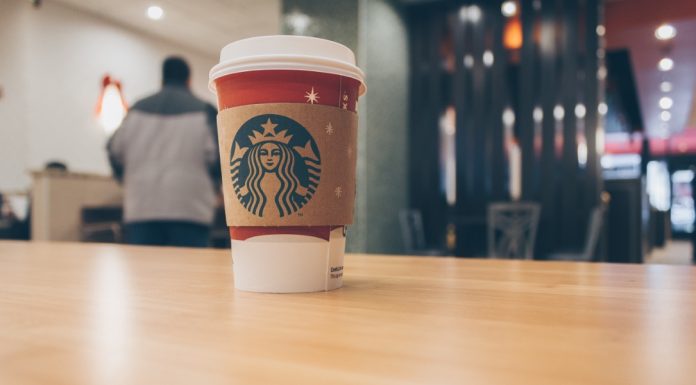 “Woke” capitalism has spiraled out of control.

Companies pandering to social justice warriors are alienating everyone else.

Now a Christian was fired from Starbucks for this unbelievable reason.

Betsy Fresse, a Starbucks employee in New Jersey, claims she was fired because of her beliefs regarding LGBT activism, which prompted her to file a wrongful termination lawsuit.

Fresse, a devout Christian who requested off work on Sundays in order to attend church, said problems arose when she refused to wear a gay pride T-shirt provided by Starbucks.

She asked if wearing the shirt was mandatory, and her manager said no.

However, Fresse was later contacted by someone in human resources.

NBC News reported, “But, per her suit . . . [Fresse] was contacted by Starbucks’ ethics and compliance helpline several weeks later regarding her request to be exempt from wearing the Pride shirt. She explained to the ethics and compliance representative that she did not want to wear the Pride shirt ‘because her religious beliefs prevented her from doing so,’ the suit states.”

Shortly after, Fresse was notified that she had been terminated because “her comportment was not in compliance with Starbucks’ core values.”

Whatever that means is anyone’s guess, and it will eventually come to light if the case goes to trial.

Fresse says she “holds no enmity toward individuals who ascribe to the LGBTQ lifestyle” and only spoke of her Christian faith “upon specific inquiry,” according to the suit.

The suit has yet to be adjudicated, but it would come as a surprise to nobody if she were let go because of her faith.

All it takes is one “woke” employee to complain that Fresse made him or her feel “unsafe,” and that could be used as a pretext for termination.

Wokeness has allowed the few to override the many because the squeaky wheel gets the grease, and nobody wants to face the rabid outrage mob.

Activists in several states have gone after Christian bakers, florists, and photographers because of their beliefs.

A football coach in Georgia was banned from praying with his team before and after games.

A cross memorializing World War I veterans was nearly torn down in Maryland because of atheist activists.

The worst part about “woke” capitalism is left-wing companies are imposing policies that the government could never get away with.