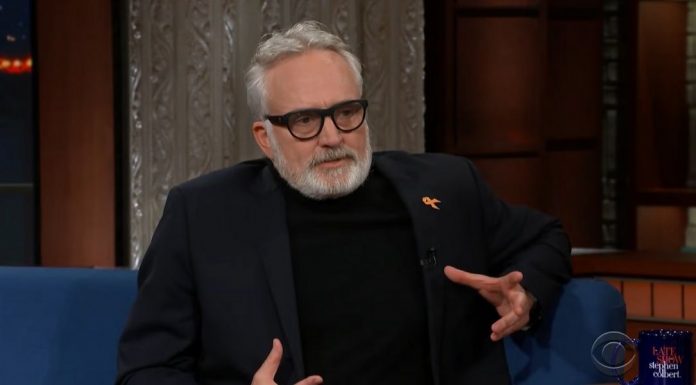 Democrats continue to break from reality.

A central West Wing figure showed there was more to add to the “woke” meltdown over Virginia’s election.

The Democrats suffered a humiliating defeat in Virginia.

The Democrats, of course, go insane whenever they lose an election, but Hollywood leftists were particularly unhinged this time.

Their furor is particularly overheated considering Youngkin is not a political firebrand.

He’s a mild-mannered businessman who ran a solid campaign.

But celebrities—perhaps taking cues from the talking heads in the corporate press—are attempting to paint Youngkin as a far-right fascist.

Bradley Whitford from The West Wing and Get Out tweeted:

The GOP embraces, yet again, the racist Lee Atwater strategy, this time with their complete and utter bullshit about Critical Race Theory. To paraphrase S.A. Cosby, they want everyone to get over slavery while they can’t get over the fact that they lost the Civil fucking War.

Whitford is regurgitating the Democrat talking point that the neo-Marxist philosophy of Critical Race Theory is not being taught in Virginia schools.

But the problem for the Democrats is that CRT is being taught.

The college-level academic theory is not being taught, but the principles are being implemented, and the educators and administrators are clearly using CRT as a framework.

In fact, explicit CRT texts are posted on the Virginia Department of Education website as required reading.

Wendell Pierce from The Wire and Jack Ryan tweeted:

The lesson from last night’s elections is that Americans respond to fear-mongering, demagoguery, & political activity or practices that seek support by appealing to the desires and prejudices of ordinary people rather than by using rational argument.

Tonight Republicans learned denying election results is a winnable strategy.
Enjoy the last year of Democrat control, because we won’t see it again for a very long time. 35% of the country are about to run
ALL THE SHIT.

However, Youngkin didn’t even run on “denying election results.”

He and other Democrats live in a demented echo chamber.

If they ever ventured outside their left-wing cocoon, they would realize that Virginia parents were sick of COVID restrictions and radical curricula.

But Democrats believe they can only lose when something nefarious is afoot.