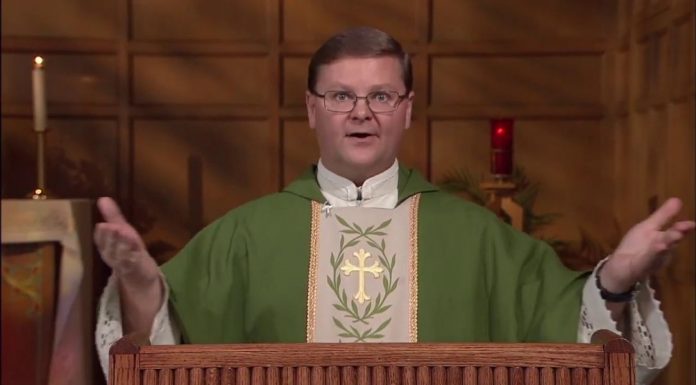 There is an ongoing purge of Catholic figures who stand up against the LGBT agenda.

Speaking the truth is a crime now with so many left-wing figures infiltrating the church.

And a Catholic priest just got fired after standing up to the LGBT agenda with a bold move.

With Pope Francis leading the Catholic Church, traditional Catholics are under fire.

He is the first Jesuit Pope in history, and considering the long history of Jesuits supporting LGBT issues and abortion, it shouldn’t be much of a shock.

African Cardinal Robert Sarah was forced out of the Church in a shock earlier this year.

When he sent in his customary resignation letter, which is required when a Cardinal turns 75, Pope Francis swiftly accepted it, despite Sarah expressing his interest in remaining in the Church.

Sarah has become known for his hard-line opposition to the LGBT agenda in the Church, which flies in the face of Pope Francis’ increasingly permissive policies relating to homosexuality in the church.

But it isn’t just inside the Vatican that is targeting pro-family voices.

Father Janusz Roginski, who had been a pastor at St. Gabriel’s Catholic Church in Burlington, Ontario, was asked to leave his diocese shortly after speaking out against the LGBT “pride” flag, stating that it doesn’t represent the Catholic faith.

“Most of the Catholics passing by the school and seeing this flag in the school would think that we accept the homosexual lifestyle and what it represents,” Roginski testified in response to a proposal to fly the “pride” flag outside the local Catholic school.

“We cannot do that. We would be a cause of scandal and (would be) misleading people rather than leading them to heaven.”

While many believe that his removal was over his comments, Father Roginski reached out to LifeSiteNews to state it was over his approach to the pandemic.

“The issue of the flag is not the reason for my expulsion, but the difference between (Bishop Douglas Crosby and me) in the pastoral approach towards the pandemic,” he said, adding that this “made the Bishop lose trust in my capacity to be a pastor in his diocese.”

But a parishioner who reached out to LifeSiteNews doubts that, instead claiming that his removal was in order to allow the church to become more liberal.

“St. Gabriel’s has been a good parish for conservative Catholics, but it appears that Bishop Crosby wants to turn it into a liberal parish,” she wrote.

“It appears that Bishop Crosby doesn’t want these conservative priests and conservative faithful in his diocese.”