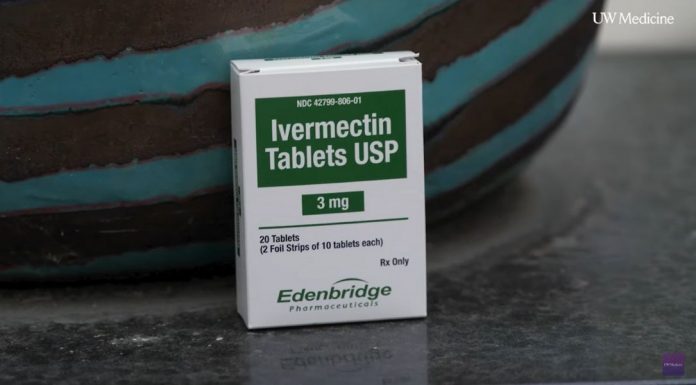 The response to COVID has wrecked our society.

It’s all thanks to the incompetence of elites and our elected officials.

But a breakthrough ruling from this courageous judge has patients and families rejoicing.

It’s almost like the ruling elites would rather people stayed sick than recover from a disease they all make bank off of.

And some hospitals have refused to save patients’ lives with Ivermectin.

But they may now start paying the price.

Very few people back in 2019 could have predicted what we have been going through for over the past 20 months.

China unleashed a virus on the world that infected countless numbers of us and infected our leaders with greed and tyrannical thought.

And these tyrants made the virus worse than it needed to be.

Governors across the country threw those sick with COVID into nursing homes which resulted in thousands of unnecessary deaths.

The CDC for the first time in its history never gave guidance on in-home care to stop COVID before it became severe.

All they guided, which is what most doctors followed, was just to get the jab and if you get too sick go to the hospital.

And if you went to the hospital odds are the only treatment you would receive is a ventilator, which countless have died from after COVID gets to that point.

The sad thing is there are treatments and proven medication that can actually lower the severity of COVID and reduce the risk of death.

Dr. Peter McCullough said on Joe Rogan's podcast, 85% of deaths attributed to Covid-19 could have been prevented with early treatments. https://t.co/UzRopRbJfm pic.twitter.com/N4wEXv3yqC

And this whole time the vast majority of hospitals, for some reason, have refused to provide treatment to their dying patients besides a ventilator.

Families have to put the lives of their loved ones in the hands of a judge to try and force the hospitals to administer alternative treatment like Ivermectin.

Well one judge in Virginia has had enough.

Kathleen Davies, a 63-year-old Northern Virginia woman, has had severe COVID since October and has been in the hospital on a ventilator since early November.

After all other forms of treatment by the hospital failed to improve her health, Davies’ family doctor prescribed her Ivermectin.

But Fauquier Hospital refused to administer the proven drug.

So her family had no choice but to sue the hospital.

Loudoun County Circuit Court judge Jim Fisher agreed with the Davies family and the day after the suit was filed, he ordered the hospital to administer Davies’ prescribed medication.

But again the hospital refused even the judge’s orders.

So again, the judge tried to reason with the hospital and issued a second order to give Ms. Davies Ivermectin as her health got worse.

And still the hospital disgracefully refused.

Well that didn’t settle well with the judge.

And this week, Judge Fisher ordered the hospital to administer the drug or face a $10,000 fine per day for not doing so.

BIG IVM WIN: A Virginia judge ruled Fauquier Medical must allow ivermectin or be fined $10,000/day since 12/9. Order is for a woman in her 41st day on a vent; it refers to the "gravity of the situation" and hospital's refusal to abide by Va. Right To Try Act. @PierreKory pic.twitter.com/gM9QrkYkko

But he didn’t stop there.

Judge Fisher also fined the hospital $100,000 for refusing the drug after his first order.

Finally a judge who is willing to stand up to the Big Medical tyranny.

It’s sad that it takes the legal system to force hospitals to provide treatment to their patients.

God only knows how many people have died in the hospitals from lack of medical treatment for COVID.